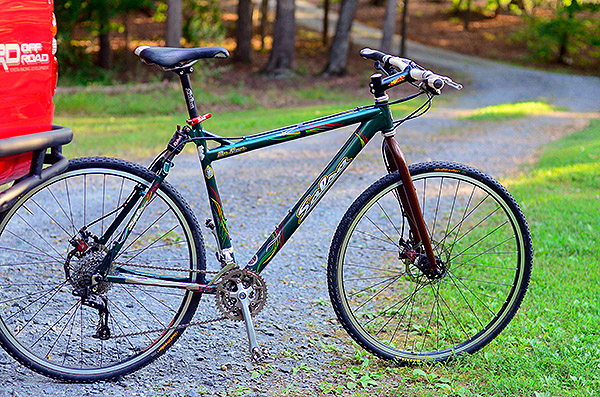 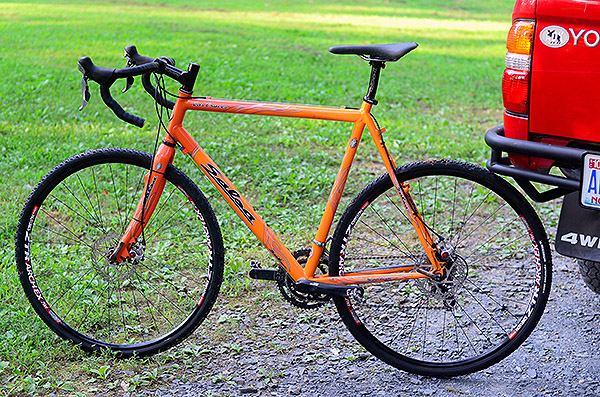 It’s the last day of August – everyone knows what that means – Cyclocross starts! In North Carolina, we can race from Sept to Jan (almost every weekend and sometimes twice in a weekend) So it was time to put the bikes back together: The orange bike is the race bike, a Salsa Las Cruces, this year it is upgraded with Stans wheelset from my mtn bike (if the tubeless set-up holds) and Thompson stem and seat post from my tri bike. The green bike, a Salsa Dos Niner, will be the pit bike if the frame fix I did works. I broke a weld a couple of years ago and can not find a welder who can fix Scandium (a type of aluminum) and Salsa would not honor a design flaw, so I filed a piece of aluminum to fit in the tube at the weld, tapped two holes and bolted it together, it did not hold together when I tested it mountain biking, but I am hoping just jumping on and off will not strip the threads again. The rest of the Dos Niner was assembled using spare parts, including the crank set from my 1993 Trek MTB. At the end of the day, Sam made a cake! 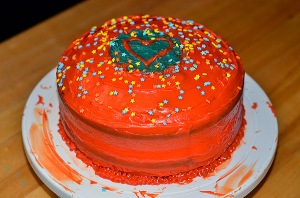 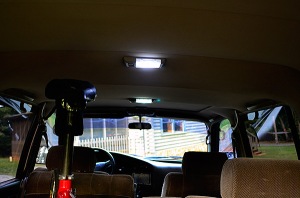 I bought a LED dome light for my Tacoma, but it only flashed? I installed it in the Land Cruiser (to match the other one) and it works great. The LC interior is much brighter now. 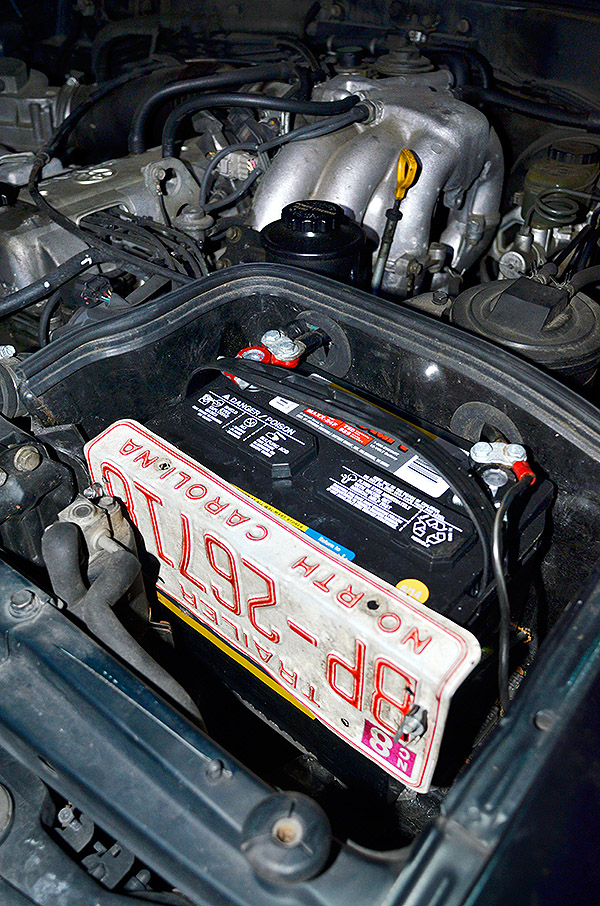 The Land Cruiser needed a new battery and the old hold down I made when I bought the truck didn’t fit the proper sized battery. I found something that worked in the garage ; ) 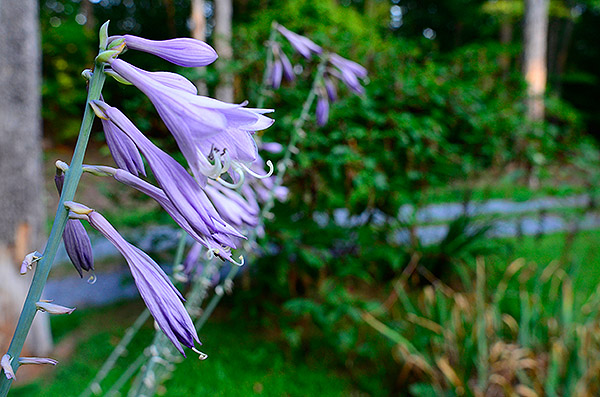 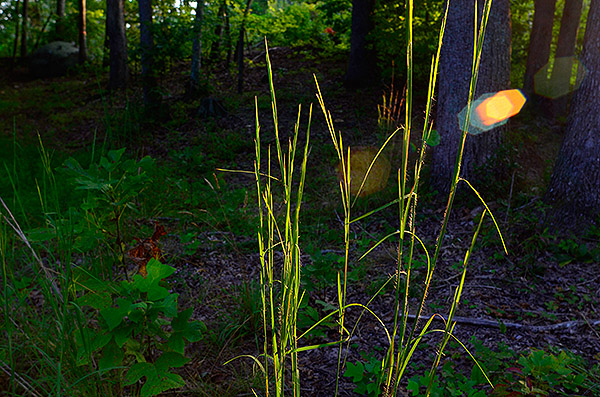 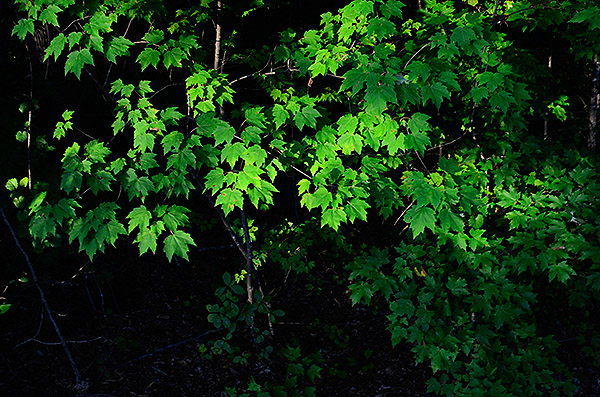 These are just images to play with an action I am working on in Photoshop to create the Fuji Velvia look… this is because I really want one of the new Fujifilm mirrorless cameras – an x30 would be fine – but wondering if my Nikon D7000 can be “modified” to make me happy. I was thinking of pulling the vertical grip and buying a cheap 35mm f1.8 DX lens, would that be enough? 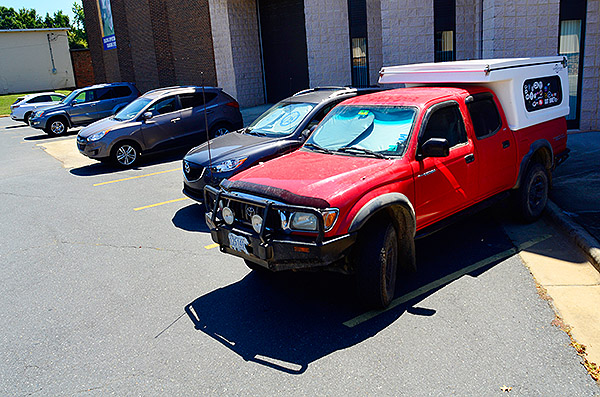 My boss told me today he heard an interesting story on NPR about delayed gratification and people who back into parking spots…. something about China having a society that is more patient and back into parking spots more than Americans. When I left work, I noticed everyone copied me. I started the backing in when I moved to my new office with a parking spot outside my window, now the whole row is copying me! (PS I washed my truck after the picture) 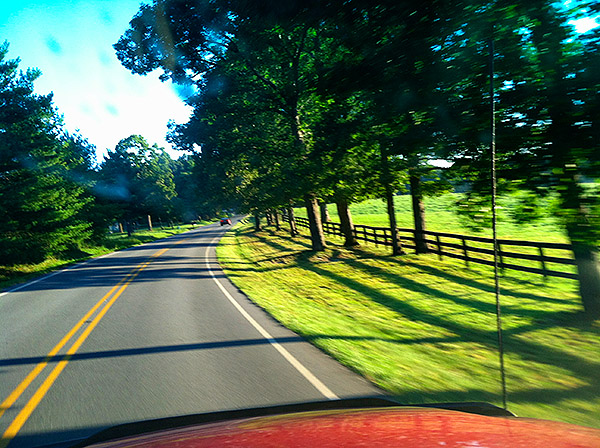 Day 2 – Dropping Sam off at school, as much as I dislike the drop off process, at least the drive in pretty. 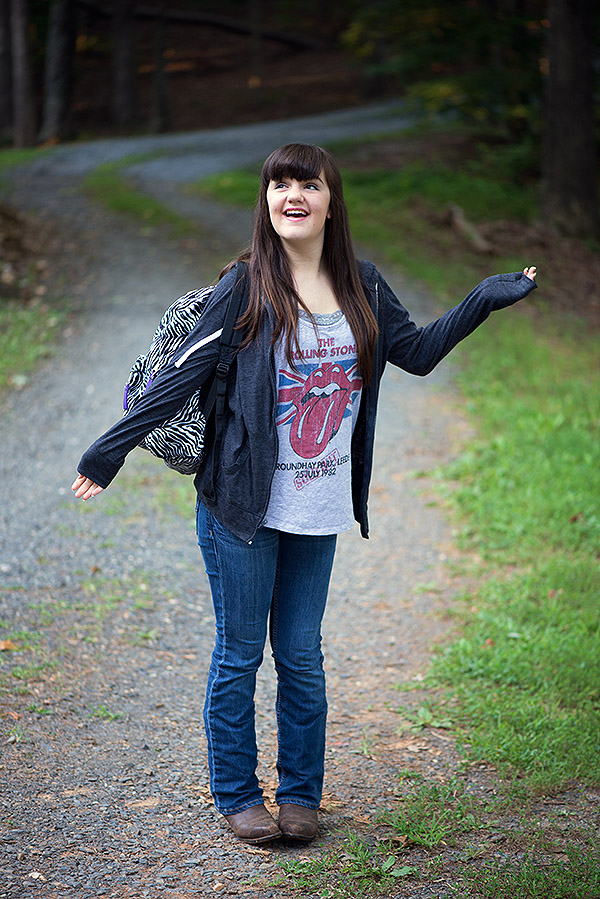 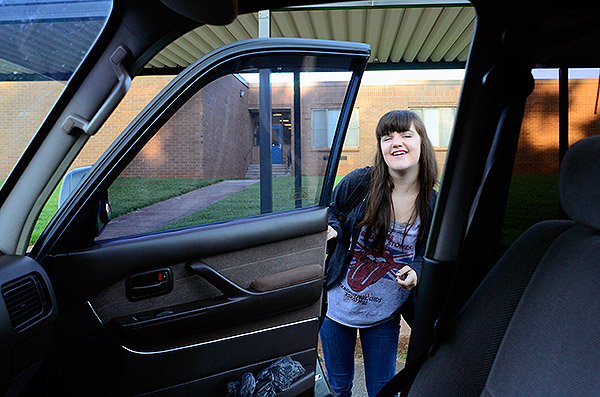 The first day of the last year of middle school. A Rolling Stones tee shirt???? 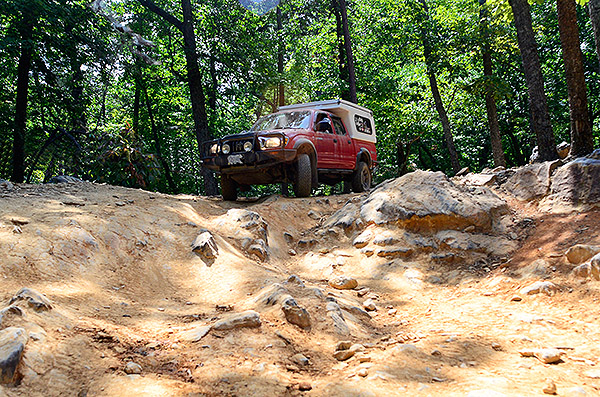 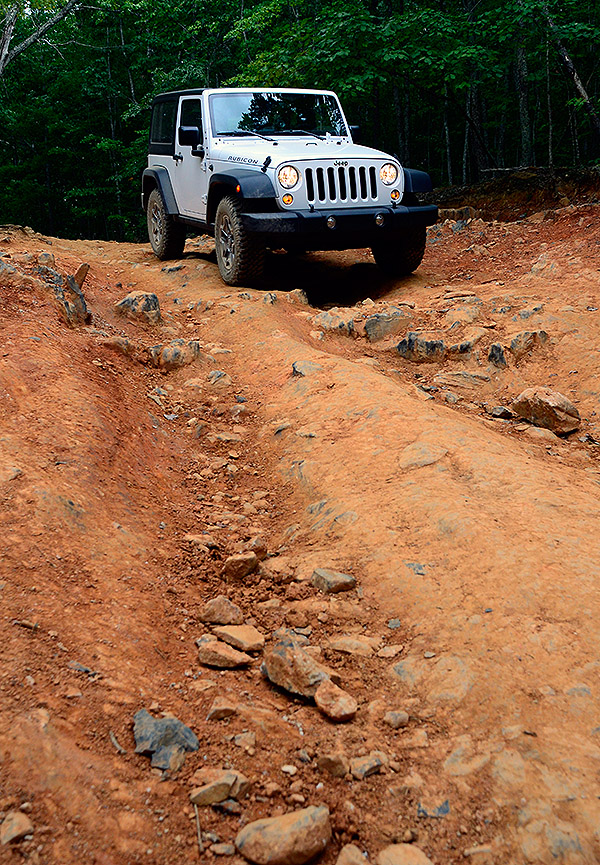 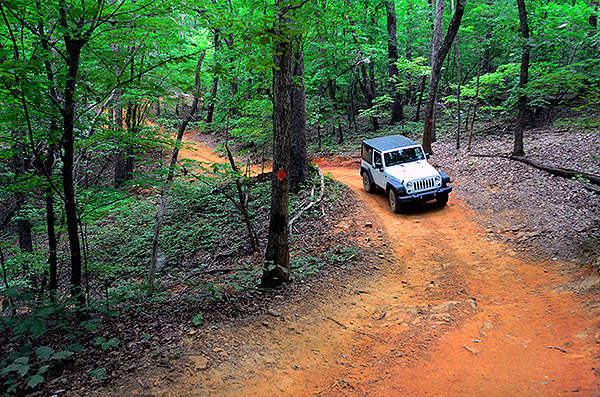 What do you do with a friend who buys a 2015 Jeep Rubicon on Saturday? Take him off-roading on Sunday. We managed to not scratch or dent it and he avoids a mall cruiser label now. (PS I give him a ton of credit, not sure I could have taken a $35k – 25 hour old Jeep into the woods, I waited four months before I took the Taco into the woods)

After we finished, I went mountain biking in URE, I rode alone and had a blast, felt strong and listened to Metallica on the iPod, bombing the downhills. When I finished, I rolled into trail head parking lot where I was alone, except for an old beat up BMW 3 series parked almost against my truck, a passenger was sketchy looking, drinking clear liquid from a clear bottle asking me slurred questions about my truck.  I could tell he wasn’t alone but the driver was somewhere in the woods. As I was sliding my bike into the bed, I saw him through the windshield, coming out of the woods, but he was hiding behind trees??? I decided to pull my machete (the one Deb makes fun of) from the spot I carry it (the passenger didn’t see me do it) just in case…. suddenly the driver runs out of the woods and screams “SASQUATCH” and then is embarrassed when he sees I have returned from riding… still odd behavior when I am alone in the woods. 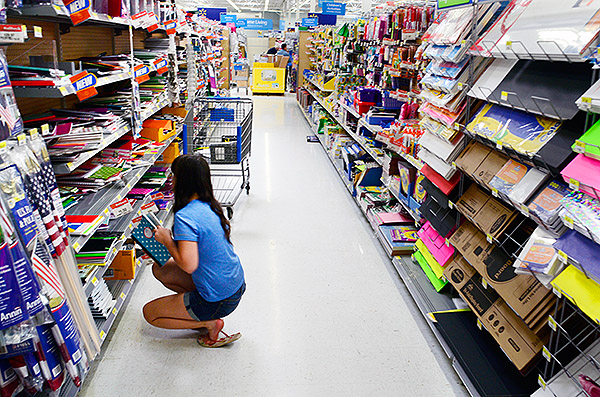 Busy and productive day. Sold a set of rims and tires, used the cash to buy 1 ton gravel and spread it in the driveway holes, returned recycling, took Sam shoe shopping and back to school supply shopping (all bought with my tire cash) then dinner and games with the Clark’s till midnight. 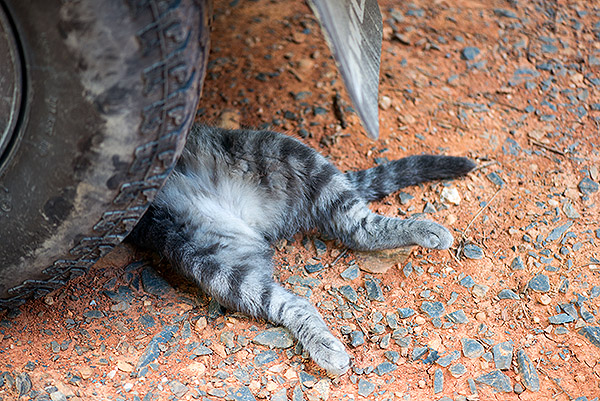 I am not sure why Spitz thinks this is a good place to nap.