What a day – we had light sleet/ice and on the way to a mountain bike ride, the roads were littered with wrecks just after almost every bridge on 220 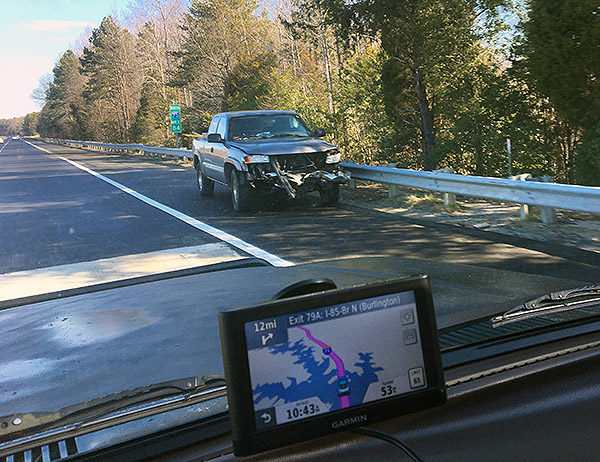 I really felt bad for these folks… when you hit ice, there is very little you can do!

Then my turn – not ice – but something caused the Land Cruiser to overheat suddenly – pouring coolant out of the over flow bottle…. after several calls with my roadside service and American Locksmith and towing, no one showed up (even after the web site said they were on scene) I left the truck there and did a just over 2 hour mountain bike and on the way home, the truck was still there!  WTF

I called the service, they said it was picked up – “want to bet” after several more calls, they will be there in 30 minutes – 2 hours later a different tow company finally showed up – almost 8 hours after my first call! Do not do business with American Locksmith and towing in Greensboro – they LIED several times to me and the roadside service company!