Up early for the 8:30am start. I slept great in the Flippac, despite the cold and snow all night.

Frame grab from the GoPro on my body from one of my many falls.

My race was just OK< it was fun, but since I have not been racing, I didn’t have an aggressive start and ended up behind folks who couldn’t ride stuff I could.

I finally settled into my on the bike, off the bike, carry the bike, push the bike, repeat. There was so much snow and we were the first to race, I was pulled after only 1 lap or almost 30 minutes. Finished 17th.

As the day went on, a race groove was formed and then became a mud track.

The moment you regret making your racing kit white!

I am not sure what was worse? Deep snow or mud….

If you fall, at least make a snow angle a heckler yelled and she did it! 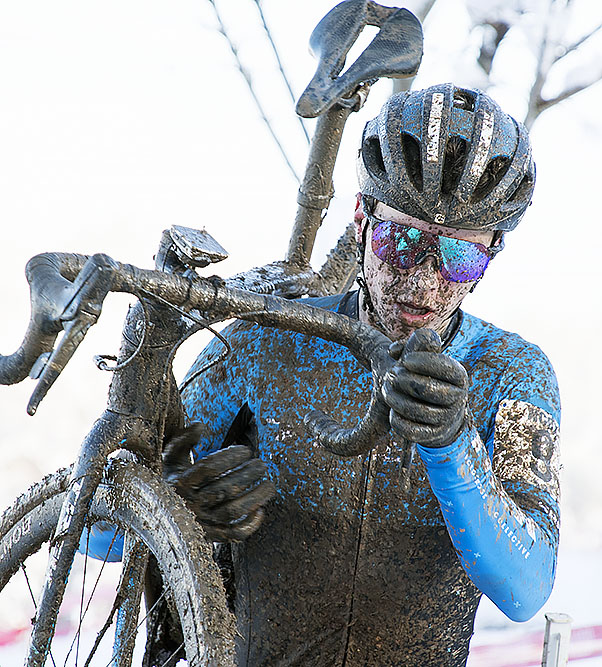