Great 6 mile trail run and then by Goodwill to look for shirts (no luck) but I almost bought these…. figured I would just end up of breaking a wrist (again)

I shot this and shared on my Instagram story, but the photo isn’t on my Camera Roll.

A good day of training, all dirt bike/run brick.

After the run I was sitting on my tailgate when another runner came by and I noticed he had an Ironman Canada tattoo, I asked him what year he did it, and told him I did it in 1998 and 2003, and started talking about swimming from the giant Peach and climbing Richter Pass, and he looked confused…. I had no idea they moved the race from Penticton to Whistler, it is sad to me. It was my first Ironman and at the after party, some famous pro (Scott Allen?) asked all of us who finished our first one to raise our hands, he promised if we ever did another one, we would never have as tough conditions as we did that year…. he was wrong, Madison in 2005 was worse. There are many days I miss Ironman training and many days I don’t!

Great ride today, but I had to take this picture now because I was stopped with major cramps. I only had a Cherry Pop-Tart and diet Mt. Dew before the ride and bonked hard. I was very happy to average over 10mph for a 3+ hour ride and worried I wouldn’t finish after stretching. But I did!

It’s always funny to me what I think of when physically stressed, today it was Shawarma and Baby Guinness, I was able to quench both desires!

There is always someone having a worse day than I am…. 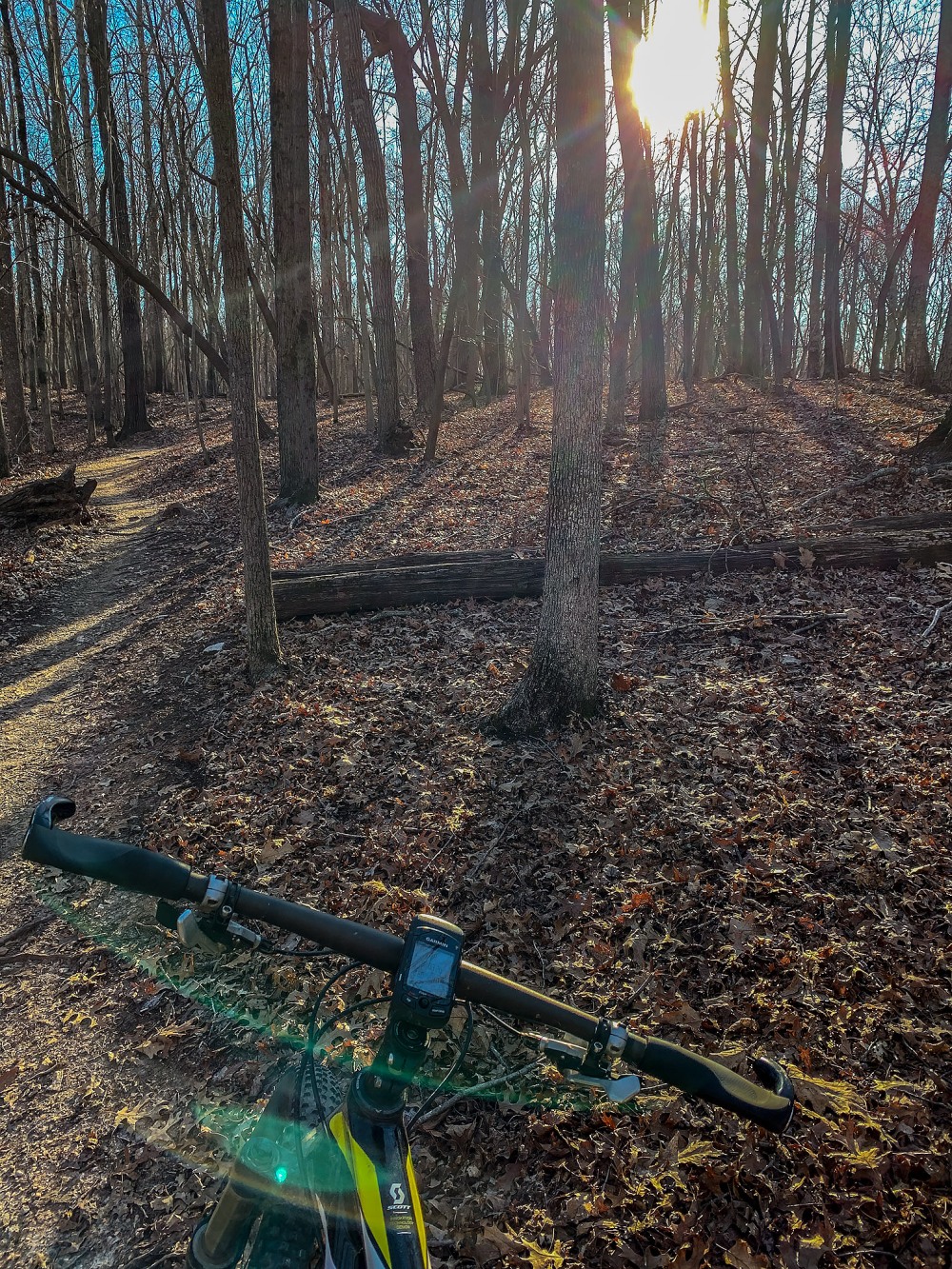 A great day of workouts. An hour in the weight room before work, a 1.5 hour ride and USAT tennis.

My coworker Dhanraj standing in while I practice a new lab I want to give to students on focal length. 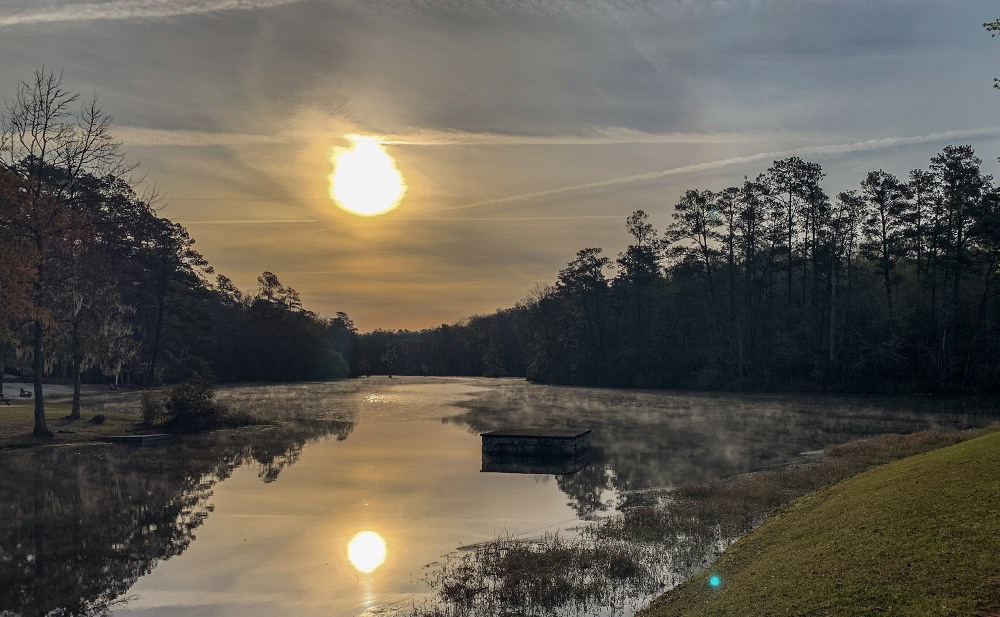 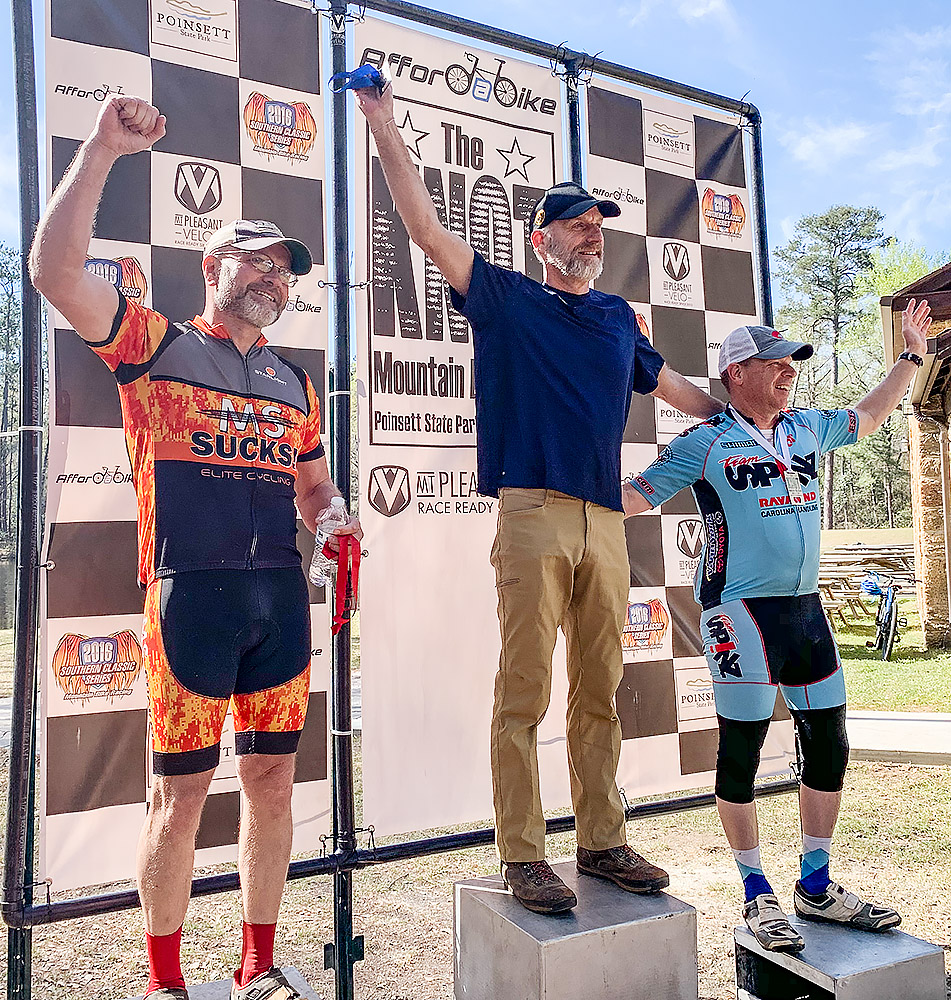 My Race: I never feel good about my fitness and this morning was the same, but I lined up against 12 or so guys in the 50+ Cat 3 field and waited for the word GO!

I got the hole shot and by the first turn in the grass I had a couple bike lengths, by the time we got to the woods I had 25 yards, after the first 1/4 mile I never saw anyone behind me again, I was lucky and rode away from the field. Soon I was catching riders from other fields and passed and dropped them.

I am happy to have won my 3rd Southern Classic Mountain Bike Race in the last 7 years (after a ton of mid pack finishes) and emailed USA Cycling to request my Category upgrade that evening, so bad to mid-pack finishes I am sure!

Pre-ride! Tires, as much as I talk about truck tires, I was debating tires for this course, pine straw, sand, and leaves…. what gives grip to that? Nothing!

Weekend of camping and mountain biking!