Good morning, sunrise and 27 degrees, for some reason, I enjoy winter camping, even at race sites.

NCCX UCI Hendersonville Day 2: After yesterday’s 4th spot, I committed to going for a podium, call up, whistle and I shoot out for the lead, in fact I lead over half the first lap. There was a new guy today from California and he got a call up, so I knew he was fast, he went around and I got off my line, lost a couple more spots and realized I had burned a few too many matches on the hole shot, I tried to recover but never came around, crashed again at the barriers and limped home in 9th.

There were several very greasy spots, including the tight shot of the Brevard rider caught in the posts… he was stuck and said he didn’t know how to get out, I reached out to help and he said, take the picture… lol, he had no idea I had the picture before I offered to help ; )

This hill climb got worse after my race, I was able to ride it each lap, but it looked much worse a couple hours later,

We decided we were not going to miss the Milky Way and the sunrise at Delicate Arch again, so this morning we hiked up to be there at 3am. (left camp at 1am)

It was perfect and we had the place to ourselves.

I had not realized as the moon rose, I would loose the Milky Way, this is all moon light casting the shadow of the Delicate Arch on the bowl below

I loved this shadow and played with it till sunrise. We were still alone till after 5am but could see the headlights of hikers making there way up the trail, including the one poor woman we were shouting with as she was WAY off trail and on the wrong side of the bowl.

Now that people were arriving and ruining our solitude, we hiked down as the masses were heading up.

It was a wonderful sunrise

Since we had an early start, we beat the crowd to Devil’s Garden and hiked to a couple more arches, including Landscape Arch

We knew better than to go out the 4×4 trails from the day before, none of us wanted another 6 hours of off-roading, so we headed out the main entrance, which was already closed to new cars coming in and it was before 10am, and we took a nap, checked the forecast (calling for temps over 100) and decided to make a run for elevation and Colorado. One final sunset looking over the La Sal Mountains.

We had planned to be there for the sunrise, but breaking down camp at 5am, the drive to Arches National Park and the hike took a little longer than expected (we will fix that tomorrow) but the light was still amazing!

Ute Rock Art on the trail to Delicate Arch

Arches National Park is one of the most popular and crowded parks, however it also has 4×4 roads that few people use and they lead to many other arches.

Tower Arch in middle and Parallel Arch on right

It was a long day of off-roading but with views like this out your window, I was in heaven!

Eye of the Whale Arch – by the time we got here, we were tired, so all 3 of us took a nap in the shadows.

Pongo was at home!

Good morning Cape Lookout. I set up in the dark but woke up in a great spot!

It’s a windy and chilly day

Always worth the drive to the end of the island. 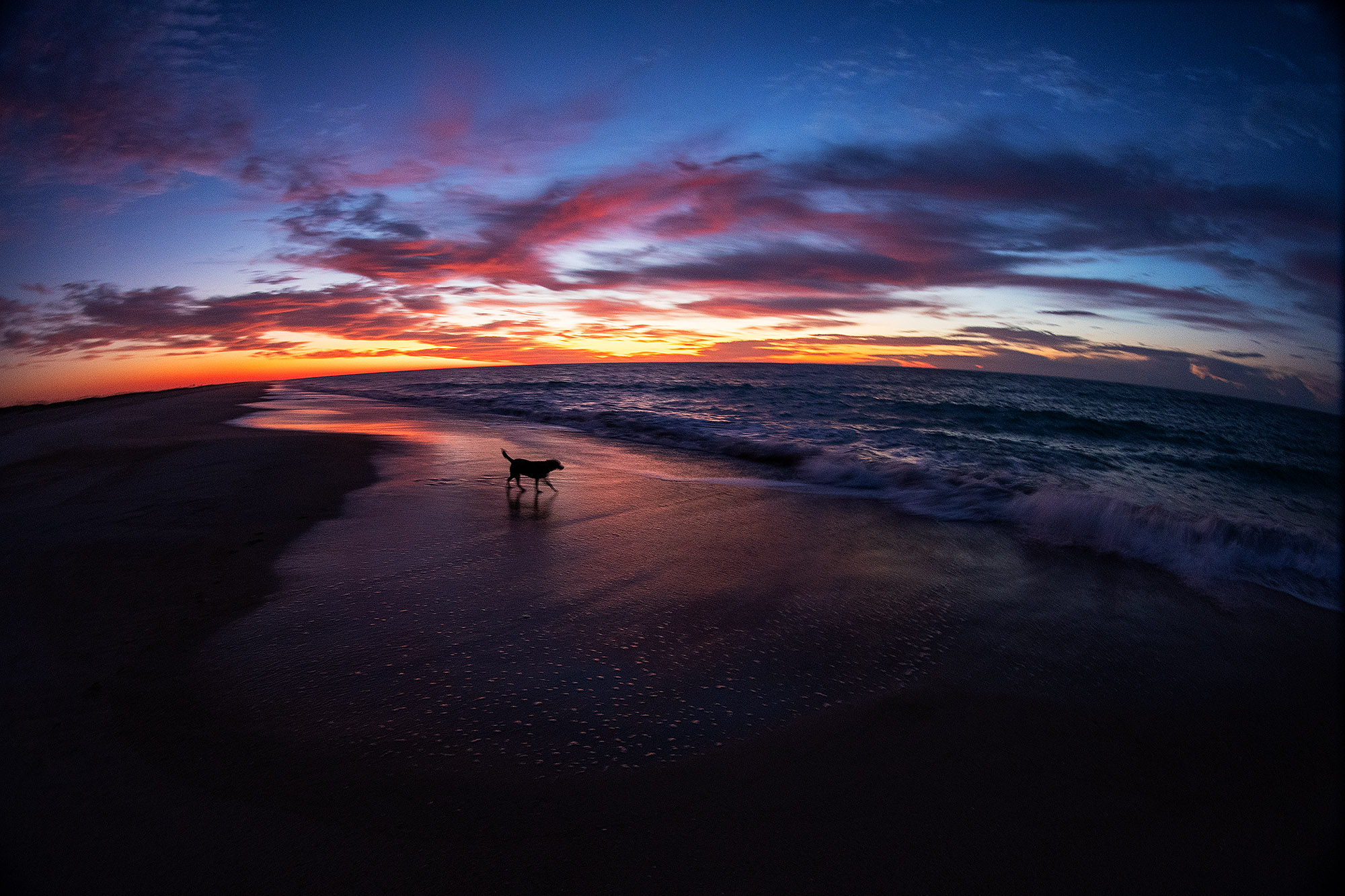 Kodak and I went for a sunrise walk on the beach

and back the the Taco 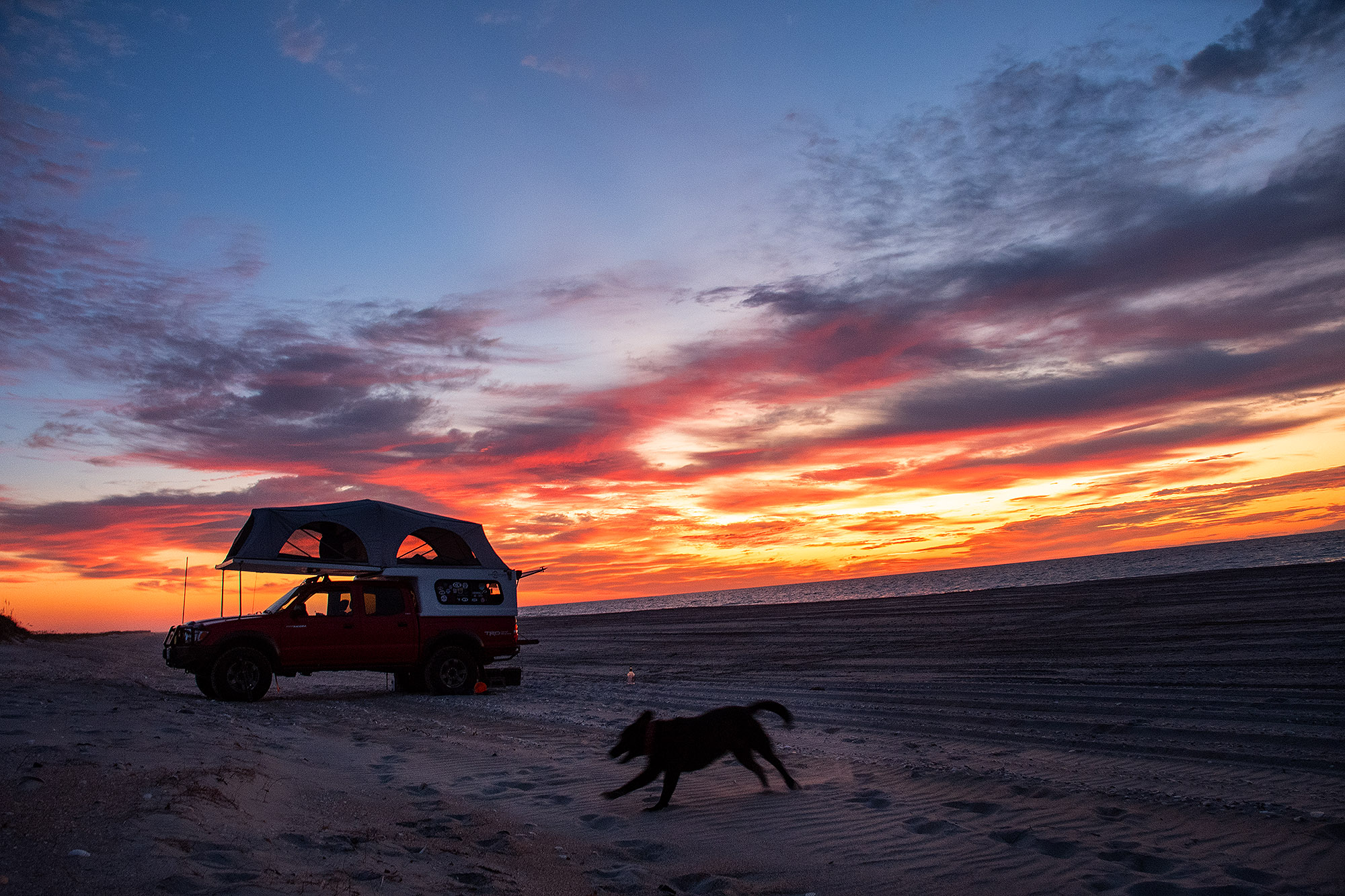 We drove around a bit and went seashell hunting 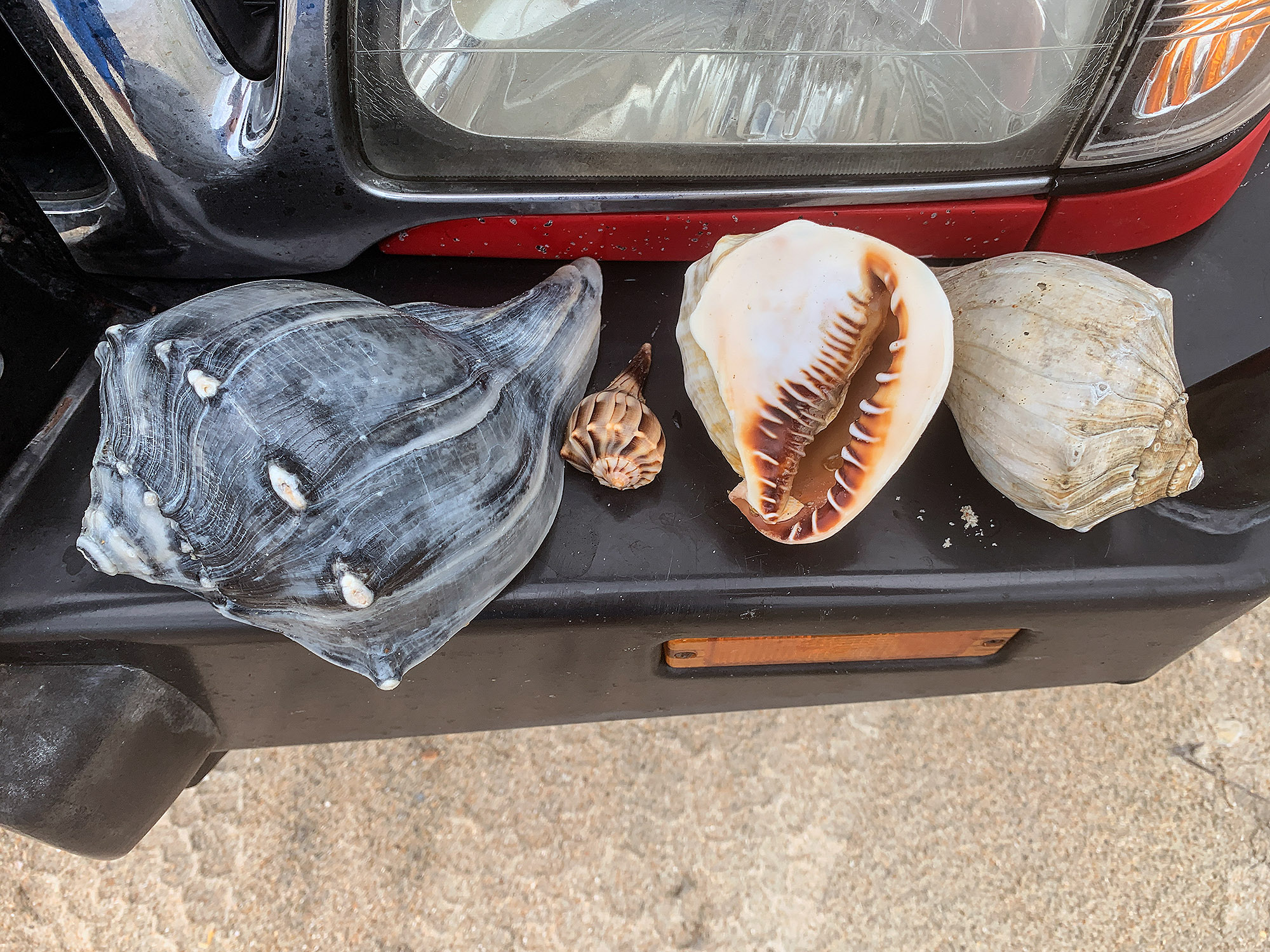 Then the sunset and the high tide rose to the truck

We moved the truck twice before calling it a night.

So happy to wake up in my Flippac again after it broke a couple of weeks ago! 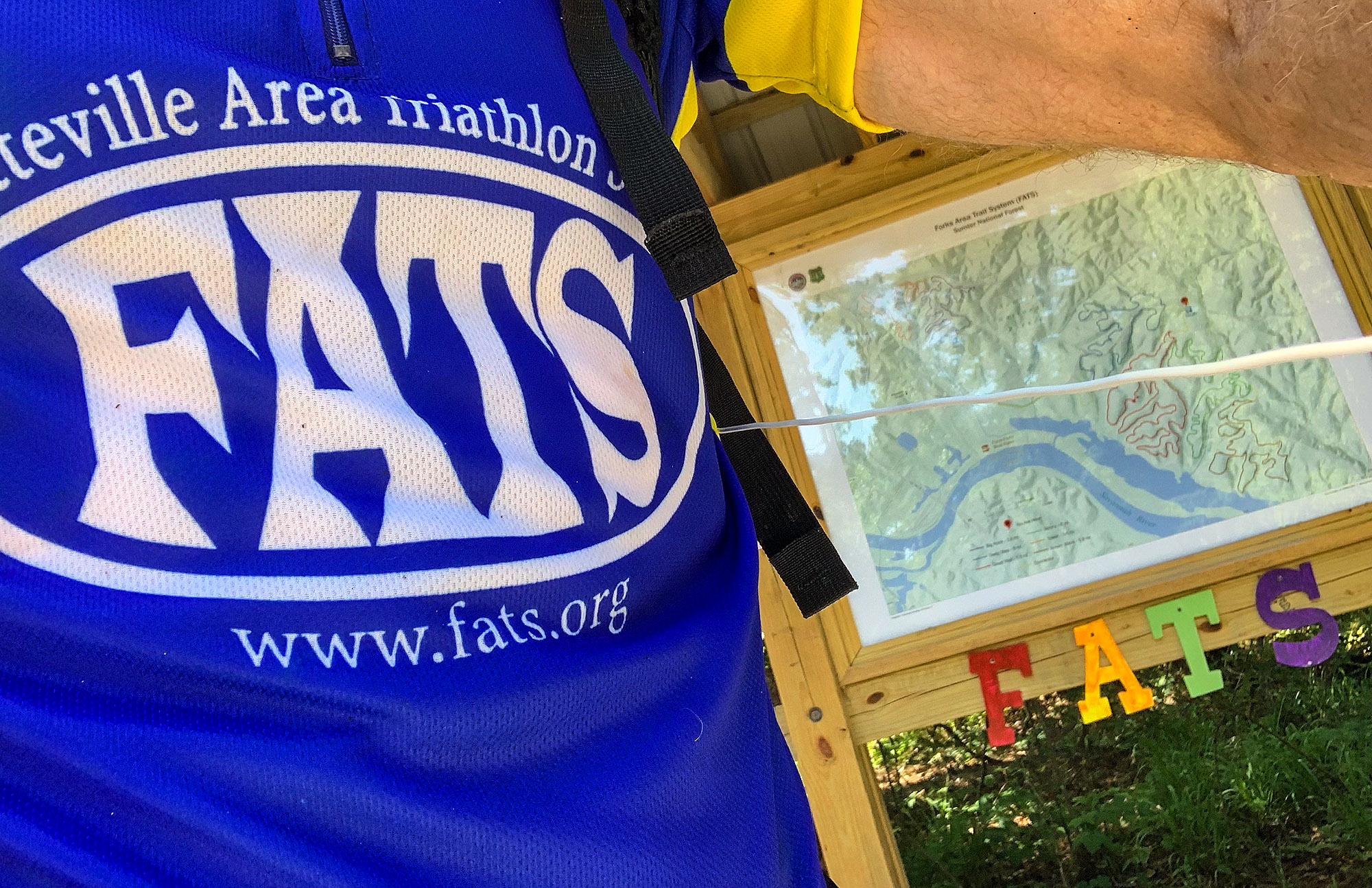 Ride #2 FATS (Fayetteville Area Triathlon Society) visit FATS (Forks Area Trail System) ride was cut short after I double flatted, used 3 CO2 cartridges, 2 tubes, 2 patches and a CX tube to get out. Great trails and I had a blast on Great Wall and Skinny Loops 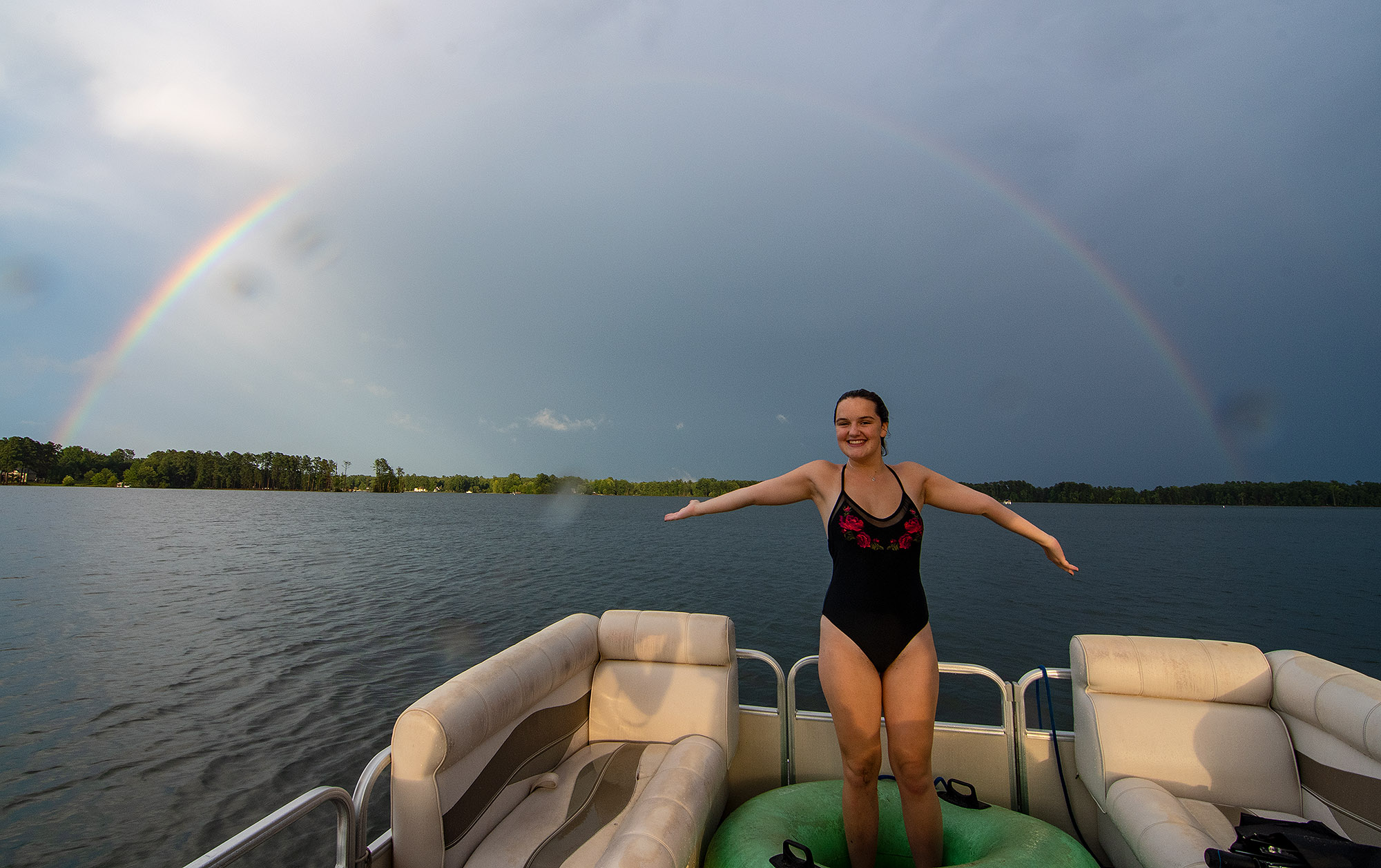 An afternoon and evening at Bill and Shanda’s, low country boil, swimming in the rain and an evening boat ride for Purple Martins (if we had enough gas in the boat) 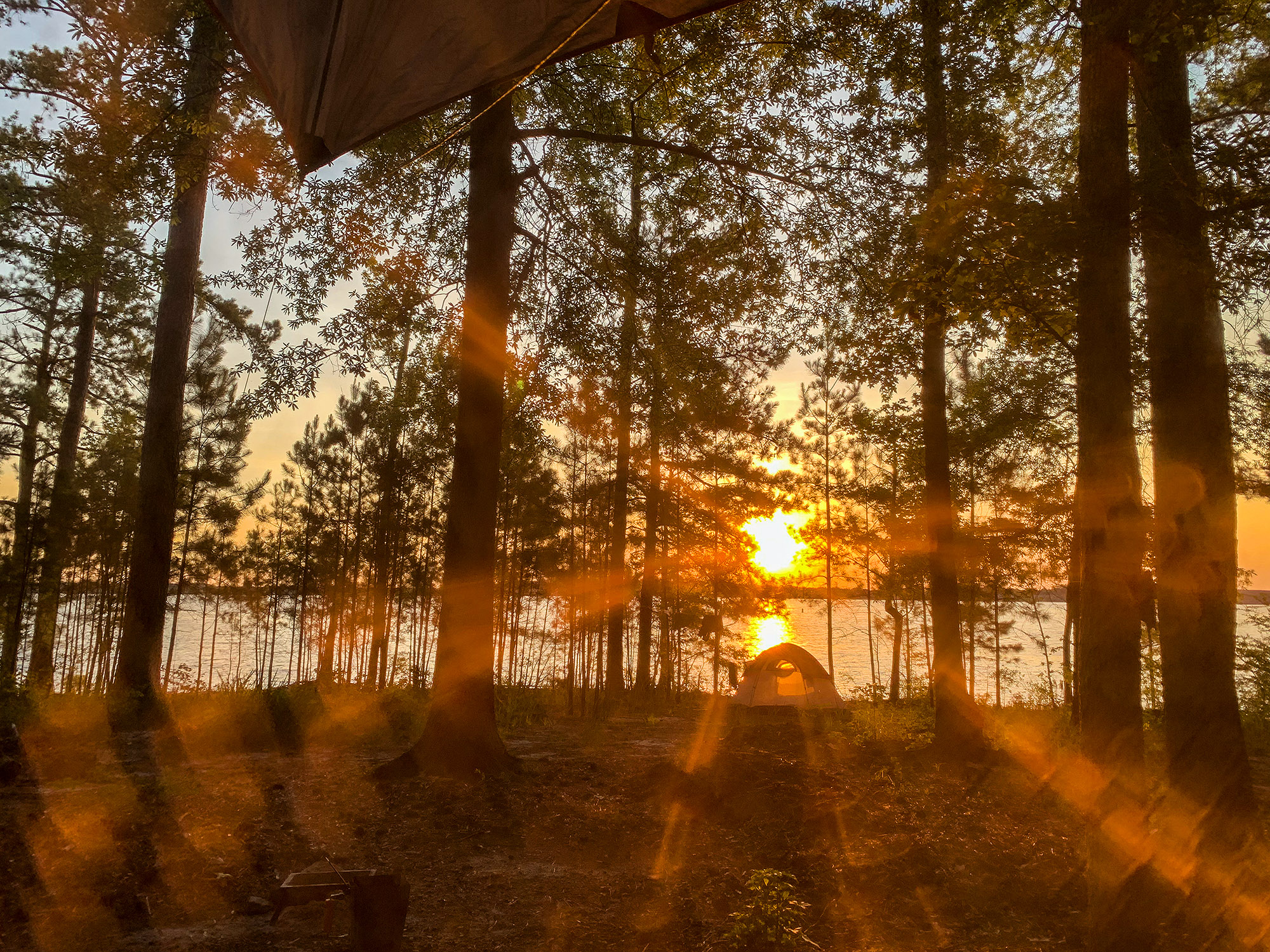 Sunrise over Sam’s tent as seen from my tent. 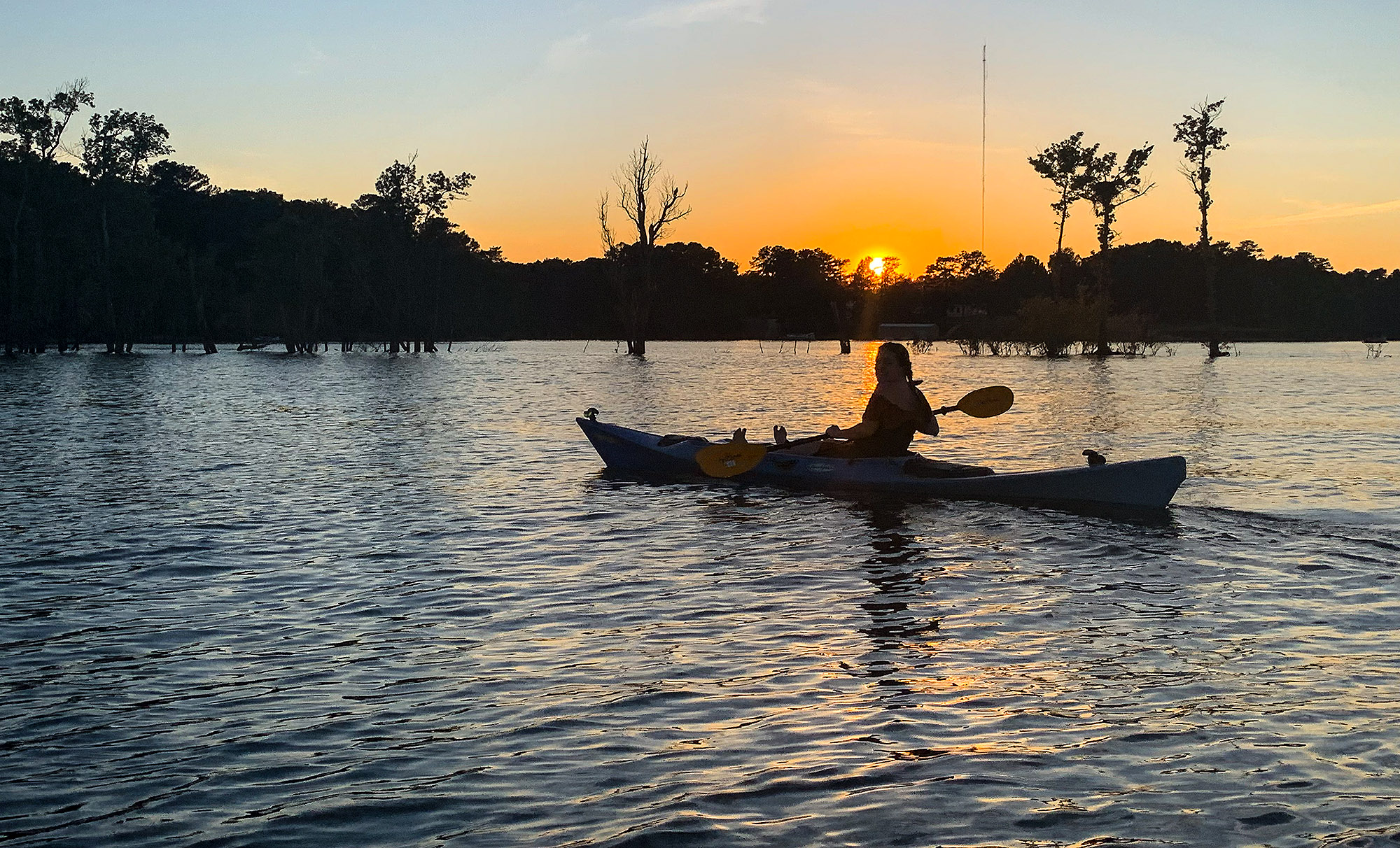 Sam and I enjoy an evening paddle as the sun sets.

Sunrise from Flat Top Tower. I had wanted to hike to it for lat night’s sunset but was exhausted from my ride for the 5 mile hike. So I got up before the sun and ran to the tower… I missed the very beginning since I didn’t take in the fact the first 2.5 miles was “uphill” and my running pace was slower. Still a gorgeous sunrise and a great run. 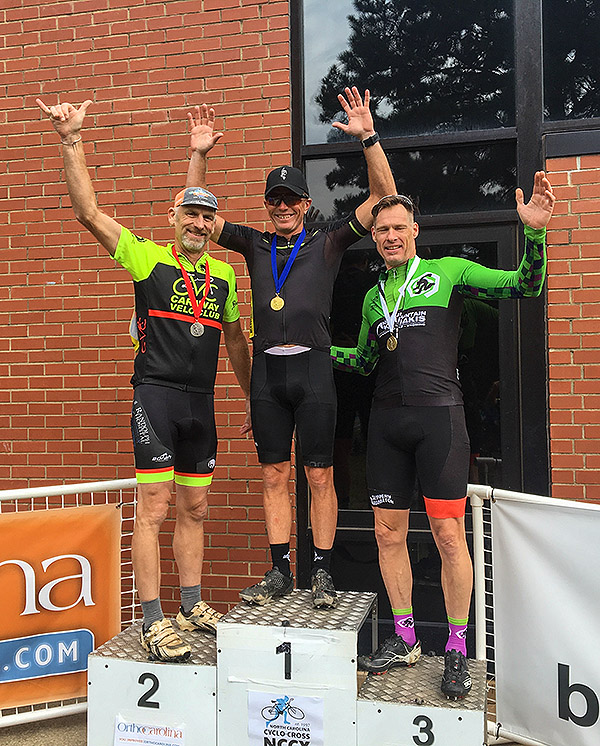 Race #2 NCCX and the same results, same three on the podium and in the same order.

The race was at Lions Park in Raleigh and I have always liked the course, even I have have never had a good result there. This year they took away recovery dirt road on the back, made the bog hill a run up with barriers and made the lap a hair longer. I got the call up today, so I started on the front row: The start, yesterday’s winner got a good start and then did a “dick” move and cut right in front on me, but karma got him and he dropped a chain or cross chained or something…. all I know was suddenly he was moving and was right in front of me, and I had to cut hard not to pile into him.

The mechanical also meant I had the hole shot and after the first left turn I was in front before we hopped the curb into the woods. All I could think of was go, go, go… I have never been in the front of a CX field and wasn’t sure how hard to go vs “popping” – whatever I was doing was working I was building a gap and finished the first lap with over 100 yards lead. After halfway through lap 2 I saw yesterday’s winner and he was gaining, and by the next switch back he had closed the gap why faster than I expected…. I learned, he is MUCH faster than I am so I concentrated on my line and he caught and passed me before the run up, I stayed with him for a bit, but just not as fast as he is. Lap 3 was fast, third place didn’t close in on me, and I wasn’t gaining at all on first. I am still happy with my second second of the year! 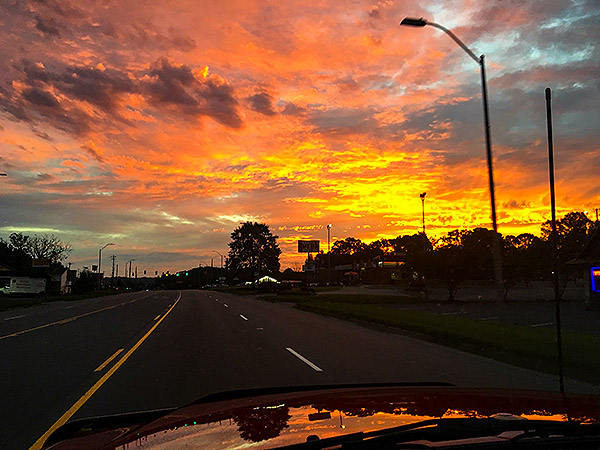 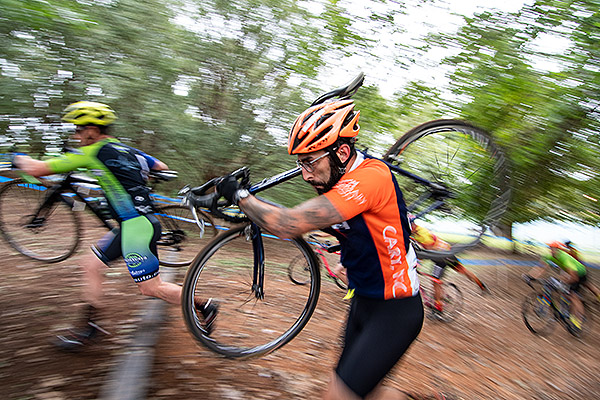 The run up, last year it was ride-able, this year Tim added barriers. 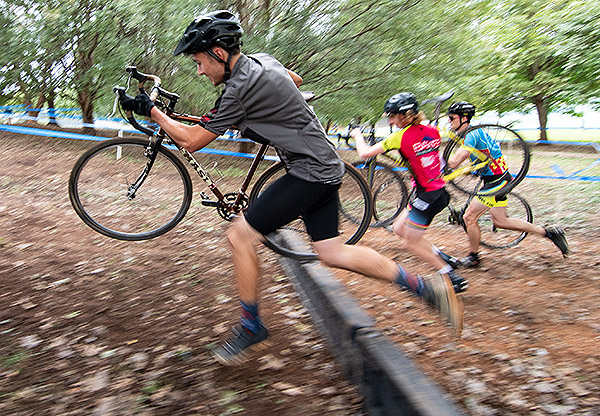